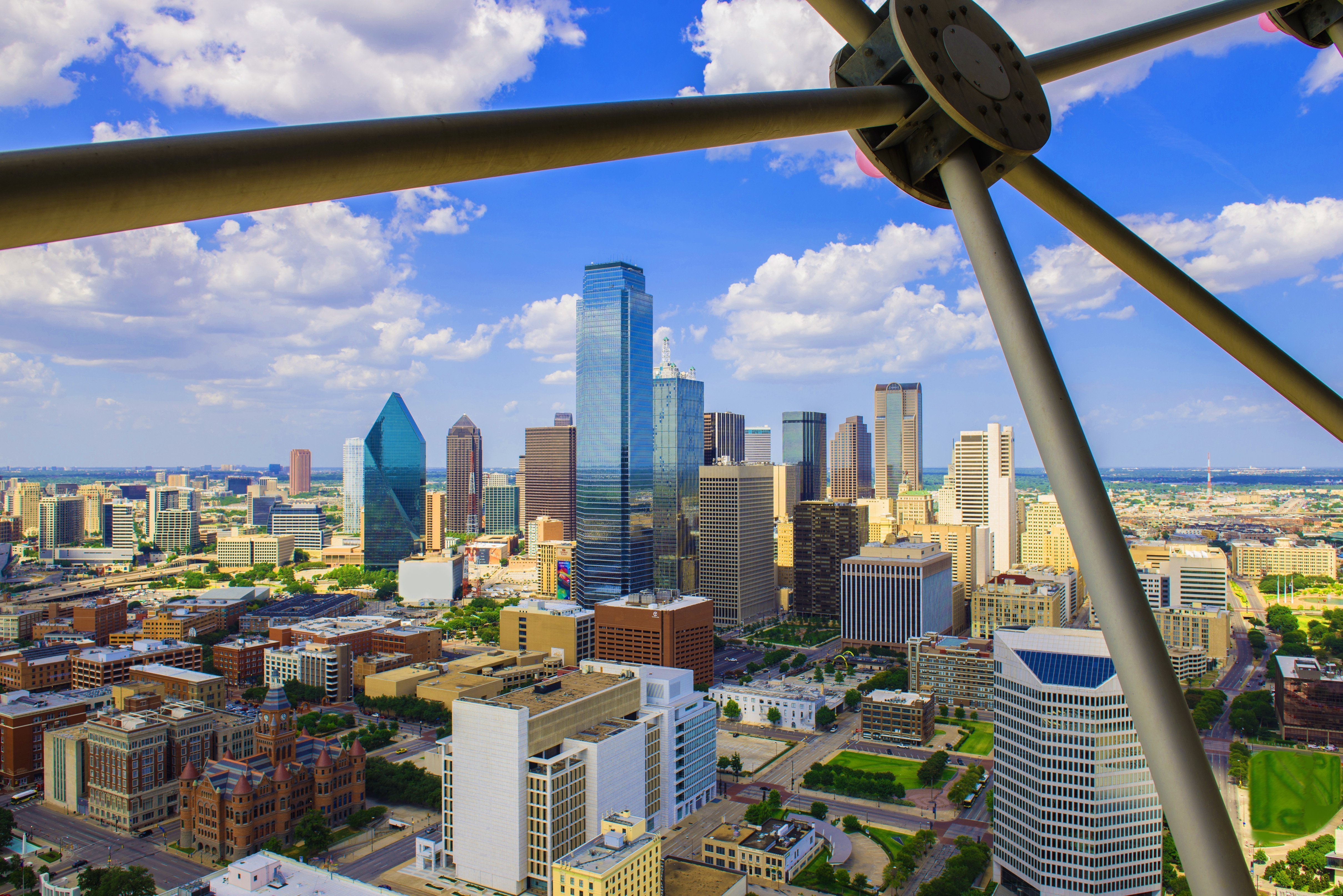 48 hours in Dallas convinced me that I loved this city. Dallas is the glitz and the glamour of Texas. The city is made up of neighborhoods, such as Bishop Arts and Deep Ellum that give Dallas a hipster edge. Personally, I had decided to stay longer in Austin, Texas because people in Austin tried to tell me there was not much to see in Dallas. However, I thought they were wrong. I found there was plenty of things to do for any foodie, art lover, or culture seeking traveler in Dallas.

The Dallas Museum of Art

Sometimes I use museums as a way to get out of the rain. But the Dallas Museum of Art was one I would go to on the sunniest day. Not only was the museum free, but it also had one of the most unique collections in the world. The Chanel to Reves: La Pausa and Its Collection, included an actual replica of Coco Chanel’s southern France Villa. The villa was acquired by the Reves after the designers death. Here you can see the original furnishings, books, décor, and Impressionism/Post-Impressionism art that decorated the villa of the designer.

A history buff, or dark tourism enthusiast can go to the Sixth Floor Museum. The museum is full of rich information about the socio-political climate and details surrounding JFK’s assassination. For my non-American audience, President John F. Kennedy’s assassination was occurred in Dallas, Texas on November 22, 1963, while he campaigned for re-election. The museum was much more than just about the events of that day, it was about the legacy he left on the U.S.A., the socio-cultural time surrounding his death, and for the conspiracy theorists, it delves into the different conspiracies surrounding the assassination. I learned a lot from this small, but impactful museum and highly recommend it.

After the museum, you can head out to the street next to Dealey Plaza where you can see three Xs that mark the spots of the shots that hit JFK. There are usually guides lurking around ready to answer any question you have or conspiracy theorists conducting their own investigation!

With one of the best skylines in Texas, I had to find one of the highest points for the best view. I found that view at Reunion Tower. Located in the heart of Downtown Dallas, Reunion Tower offers panoramic views and some of the finest dining in the city. I enjoyed sitting at the bar sipping my mocktail, while having some dumplings in the spinning restaurant Five Sixty by Wolfgang Puck.

There is also an observation GeO-Deck that offers 360 panoramic views from 470 Feet in the air. However, I do not think it is worth the $17 dollar entrance fee if you can get into the bar/restaurant at Five Sixty because here you can get a drink or appetizer for that price while still enjoying the views!

The George W. Bush Presidential Library might not be on your bucket list of destinations, but I believed it was an interesting perspective on the events that changed the course of world politics after 9/11. This was my first Presidential Library and Museum, so it was interesting to sit behind the desk of an exact replica of the design and set up of President George W. Bush’s Oval office.

Also, in the museum there are two sections of the museum that had a huge impact on the USA, including the events surrounding 9/11 and Hurricane Katrina. It was eye-opening to see the perspective of the sitting President of the time and how he made decisions at times of devastation for our nation. While it not be on your list if you have time it is a well thought out museum, and on the beautiful campus of SMU (Southern Methodist University).

One thing I love is when a city repurposes a dilapidated building, freeway, or park to make it a space that brings the community together. Klyde Warren Park is just that, a 5.2 acre park that is built over the recessed Woodall Rodgers Freeway. When you are in Dallas, Texas, it is worth a shot to check out the events at the park that range from book signings, concerts, to outdoor films.

People can always be seen in the park and basking in the sun while devouring amazing bites from the Food trucks. The park is in the city center, well connected with Free WiFi! The schedule of events is updated daily on Twitter: https://twitter.com/KlydeWarrenPark

Why Not a Day Trip to Fort Worth?

Texas is cattle country. So how can you go to Texas without seeing some cattle. Just north of Downtown is the Fort Worth Stockyards a National Historic District. For just $2 USD you can walk through the Stockyards, visit the Stockyard Museum, and see the Fort Worth Herd (the world’s largest) twice-daily at 11:30 am and 4:00 pm.

Also, for a budget friendly activity you can follow the Heritage Trail starting on Main Street, a series of 22 bronze markers give you a nice tour of Fort Worth. Not free, but super interesting is the National Cowgirl Museum and Hall of Fame– a museum honoring women of the American West, such as Annie Oakley.

Getting to Fort Worth from Dallas:

Fort Worth is about a half hour drive from Downtown Dallas. But if you are carless then you can take the Dart, on the TRE (Trinity Railway Expess) a local train from Union Station in Dallas to Fort Worth. You can get a one-day pass for $12 USD an affordable option as compared to UBER. There are also buses that go from Dallas to Fort Worth for $5 Dollars with Flixbus!

Where to eat in Dallas?

Dallas Farmers Market: Since 1941 local farmers, artisans, and food stalls have been coming to the Dallas Farmers Market. With honesty, transparency, and sustainability as the main pillars of this market in the city center it is definitely a stop if you are looking to see some great social- enterprises at work!

Pecan Lodge: Is one of the best BBQs in Texas. This Texas BBQ joint was mentioned in round up lists for Travel and Leisure, Thrillist, and Culture Trip, so naturally I had to give it a try. The pulled brisket and secret sauce were out of this world. I walked up to the building and could smell the sweet bbq wafting in the air. I knew this place would be good. My favorite sides included the mac and cheese, and the baked beans. Located in Deep Ellum close to all of the bars and downtown.

Hours of Operation: Open every day except for Mondays, from 11am- 3pm. But get there early to be sure they don’t run out!

Lockhart Smokehouse: Lockhart’s is also another Texas BBQ stronghold. A family establishment that has been serving up BBQ and bringing the best smoked meats in the game with no frills. There are three locations to choose from, but my favorite was heading here after exploring the Bishop Arts District.

Hours of Operation:  Everyday 11am- 9pm.

Where to stay in Dallas?

Is an eclectic area that has been expanding from a 2 block former warehouse district. The 60 plus boutiques, cafes, restaurants, and bars make this one of the hippest areas in town. My favorite thing was the street art around every corner. Check out Airbnb for some funky and affordable options!

In the center of the nightlife and city is a Dallas boutique hostel, called The Deep Ellum Hostel. The hostel has a bar and restaurant with all the amenities a fine hotel would have. There are female dorms, which I do prefer to stay in. Also, it is close to all of the major tourist attractions by a quick Lime or Bird Scooter ride. The hostel is central and right in the center of live music and the bars. Deep Ellum has some of the best cafes including my favorite Emporium Pies.

The Deep Ellum Hostel will cost you less than $30 USD a night. The hostel is also in the center of everything in regards to site seeing, nightlife, and great food.

Overall, the Dallas Fort Worth area is definitely worth a visit and definitely an up and coming city in the USA. Dallas, Texas proved to be a genuine Texas experience and made me wishing I had my cowboy boots in my carryon. Have you been to Dallas? Planning on going? If so comment below with questions or more recommendations, because I will be going back.