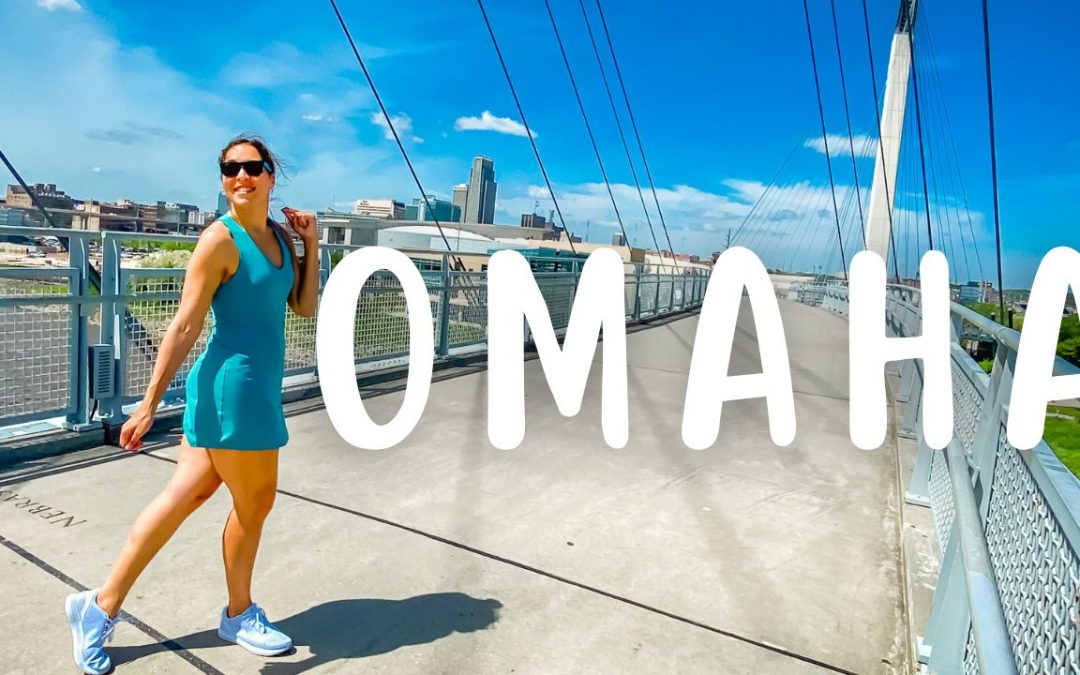 Have you ever Omaha is such an amazing place to explore. We originally planned to go for a day or 2, but stayed longer since there was so much to see. While it is the largest city in Nebraska, it is located near the State of Iowa border. This city is a great stop if you are traveling cross country, but it’s a great weekend trip too. It was one of the stops on The Lewis and Clark Trail. Omaha is also the hometown of the Oracle of Omaha, Warren Buffett, and the birthplace of civil rights leader Malcolm X.

With a population close to 480 thousand, there are so many great neighborhoods to explore, places to eat, and things to do. Some highlights of neighborhoods/districts we explored:

(@hollywoodcandyomaha): This brightly colored place houses an eclectic mix of pinball game collection, arcade games, candy and soda bar. This is a cute place to take the kids or pick up some candy to enjoy on your walk through the neighborhood.

There is so much more to see in The Old Market and it’s a great place to take a walk too.

They call this a “Farm to Cone” ice cream shop and you can see why when you visit the shop. Be prepared, it’s popular.

Places to Go:  The top places to go in the city include

The entrance to the walkway is through The Lewis and Clark National Historic Trail Headquarters Omaha Visitor Center.

Where to Stay in Omaha, Nebraska:

There are many places to stay in Omaha, but this trip we stayed in the beautiful and historic The Peregrine Omaha Downtown, a Curio Collection Hotel by Hilton (@theperegrineomaha and @curiocollection). The hotel is beautifully decorated after its namesake Peregrine Falcon with lovely details throughout the hotel and rooms. It also has a great restaurant and rooftop outdoor bar detailed below.

History of the Peregrine: The hotel is decorated in the nouvelle art deco styled hotel and is an Omaha Designated Historic Landmark. The name sake of the hotel is homage to the adjacent Woodmanlife tower that started a peregrine falcon breeding program. Now you can stay in the Falcon view room like I did and see a 6 story mural of a peregrine falcon as well.

The Peregrine also has free wifi and workout facilities. It is also well located near The Old Market that is also Downtown. It’s no wonder why the hotel was recently voted The Winner of the Best Hotel for 2021 by the Omaha World Herald Awards.

And if You Still Have Time, Visit the Following:

Other Resources to Consider and Day Trips

Visit Omaha (@visitomaha): A great place for information is Visit Omaha’s website and office. Their great staff may have additional suggestions and information on the area.

State Capitol- Lincoln Nebraska (@visitlincoln): Lincoln is the Capitol of Nebraska and only about 59 miles away via I-80. Some spots we visited before Omaha

To summarize, Omaha is quite diverse and a unique place to see “where the city meets the prairie”. I really enjoyed visiting and could have stayed longer; there was just so much to see. I hope this gives you some ideas of things to do and places to visit along the way in the Cornhusker state.

Odd Trivia Fact: While not reported on its website, Boys Town Stamp Center is home to a massive, 600-pound ball of over 4.6 million canceled stamps, the worlds largest. (Given the use of email now, no one likely will beat that record.)

I hope this guide and unexpected journey to the mid west and Lincoln and Omaha, Nebraska shows you just how much there is to do in Nebraska. This journey already has me wanting to come back. If you want to learn more about what to see and do in the Midwest check out my guide to another amazing city Oklahoma City.