The Ultimate Guide to Athens, Greece: Best Neighborhoods and Things To Do For Solo Travelers 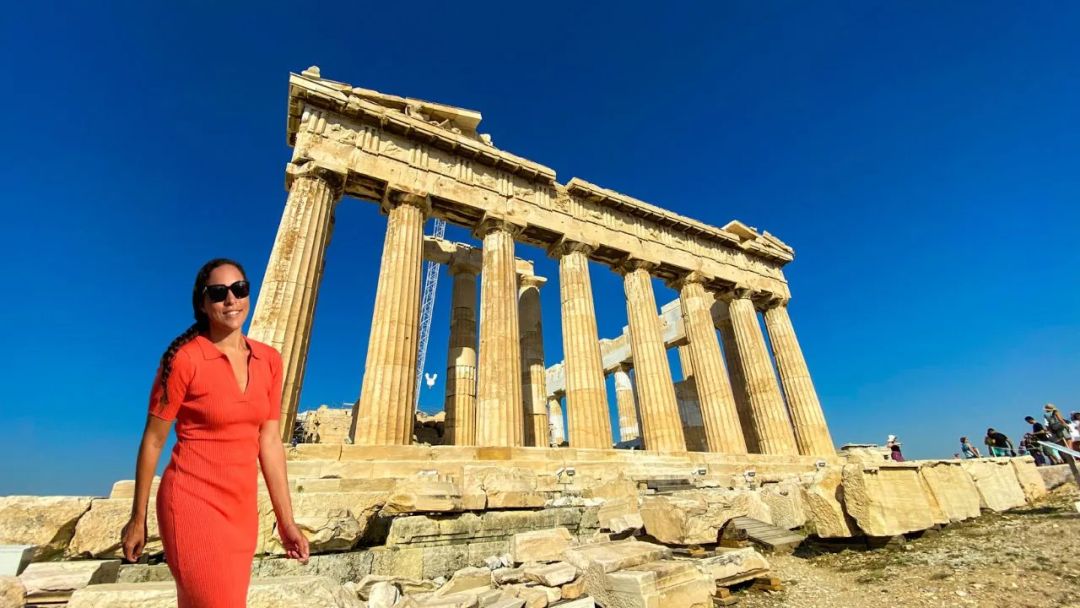 Athens is one of the oldest cities in the world, often referred to as the Cradle of Western Civilization. It is also a modern fun city with many things to do for solo travelers as well as families. This is the home to democracy and great philosophers like Socrates, Plato and Aristotle (of course that was in the 5th century BCE),as well as foods like spanakopita and feta cheese. Folks have inhabited this area for over 5,000 years and it also has some of the most preserved ancient monuments. But there is so much more in Athens to enjoy! I visited not just the Ancient Greece, but the modern Greece to really explore what it would be like to not only travel there, but also what it would be like to live there as a digital nomad.

Disclaimer: All thoughts are my own and honest opinions follow. This Post May Contain Sponsored Content And Or/ Affiliate Links. This Is A Way I Make An Income From My Blog. I Am A Participant In The Amazon Services LLC Associates Program. An Affiliate Advertising Program Designed To Provide A Means For Sites To Earn Advertising Fees By Advertising And Linking To Amazon.Com.

Modern day Athens was formed in 1834 and now has a population of over 4 million. About 35% of the Greeks live in Athens. The draws of the ancient city, monuments and museums give way to their beaches, yes the Greek Riviera and the Port of Piraeus. Here you can take cruises to the various Greek Islands, truly amazing. This is the largest passenger port in Europe and the 3rd largest in the world.

One reason we visited Athens was to see this great city, as well as take a tour of the Greek Islands via a cruise (with Celestyal Cruise discussed later). Many of the world’s ancient monuments and artwork can be seen in Athens (or come from Athens). This guide will give you some of my top picks on museums and monuments to visit like the world famous Parthenon. These monuments date back to the Roman, Byzantine and to a lesser extent, the Ottoman time periods.

Athens is home to not just one, but two UNESCO World Heritage Sites, including The Acropolis of Athens and the medieval Daphne Monastery.

As many know, this is also the home of the Olympics. The first modern-day Olympics was held here in 1896 and in 2014 they hosted the Summer Olympics.

Last but not least, the food scene is phenomenal. Athens not only exhibits local foods, but food from all over the region. We explored the food scene via cooking / food tours, as well as eating in so many fantastic restaurants. The prices in Athens accommodate all food budgets. There are so many cafes throughout the city that are discussed below. The city of Athens is great and easy to explore with many places centrally located to make it so much easier to explore. But before describing more, let’s discuss getting around.

I took an Athens Street Culture and Food walking tour with Athens Walking Tours as well as an evening food tour that was extra delicious with Athens Food on Foot.

Transportation – Getting Around Town

The city of Athens is fairly easy to get around by foot, bus, Athens Metro (subway), tram and taxis. The most central areas to stay were near the major squares. This was convenient because that is also where the subways also had stops. The main squares are Syntagma Square, Monastiraki Square, and Omonia Square. The Metro, tram, and buses use passes that you could buy by the day or over several days. This was very budget friendly to travel around the capital of Greece.

There is no Uber, only taxis although you can order the taxi via your Uber app. We used Uber several times and it was reasonable, though it costs more than say the Metro, etc  For a longer ride like to the airport, we used a private driver.

As noted above, the main squares are great places to stay since many of the historic neighborhoods are located here

Must Visit Neighborhoods in Athens

Don’t Miss These These Churches

As you roam through Athens you will see many churches and religious buildings throughout the area, especially Byzantine churches. You will notice some of the older ones are low or below street level. This was partly due to the age when it was built and various earthquakes/disasters/wars that caused much rubble. Given the difficulty to remove ruble, they ended up building up the area around it. Some of these buildings were also made from older temples or some were abandoned but then later reconsecrated. One of the major draws to the buildings are the artisan work and frescoes. I will note two below that are very central in Mitropoleos Square in Monastiraki, and one noted for its frescoes.

Monuments in Metropolis Square-2 stunning statues in the square

Places to Go / Things to See

A great way to see the Acropolis is to take a tour that will march up the walkway and explain more about the various buildings and sites along the way. I took Athens Walking Tours to learn all about the Acropolis. It can take 20 minutes or more to walk to the top, and in the summer it can be very hot with limited shade so bring water (there are no stores once you enter, although there is a restroom at the top). It can be rather slippery to walk on some marble too, or give the uneven walkways, so bring sneakers or walking shoes. There is now an elevator on one of the entrances for those that are handicap, but it is strictly enforced to take this elevator and it is only on one side of the large hill, so plan accordingly.

The Acropolis of Athens is so impressive.  You will notice as you are there, over the years acid rain has started to erode the carvings, etc. so many parts have been replaced with replicas, you can tell by the colors. The Acropolis Museum and others around the world maintain some of the original pieces. The Acropolis is still so impressive with great views of the city.

Notably, there is an admission fee, but if you take a guided tour, the tour company may provide the ticket for the entrance, so check first.  www.acropolis-greece.com

While the Acropolis has been inhabited for centuries, Pericles lived from 495 BC to 429 BC and began the construction of the primary structures, like the Parthenon and the Temple of Athena Nike, during the 5th century BC.

Roman Agora  – THere is also an ancient Roman Agora in Athens. It is north of the Acropolis and east of the Ancient Agora. Many functions of the Ancient Agora were transferred to this Agora as the city encroached on the old Agora. Notably, the agora has not been fully excavated yet. Want to explore 6 archeological sites most of them are covered with this GetYourGuide Ticket that I mentioned. Check it out six impressive archeological sites with Getyourguide and skip the line.

Presidential Palace and Changing of the Guards – The Presidential Palace is located at Syntagma Square.  Each day they have the changing of the guards that are called Evzones. They wear their original uniforms with caps, socks, and shoes with pompoms. These guards may have an interesting unit, but they are part of an elite light infantry that protects the palace.  Each day the guards in front of the palace change. The ceremony is much grander on Sunday at 11am. They march here and at the Tomb of the Unknown Soldier. The guards stand and are not permitted to talk. Similar to the Guards at Buckingham Palace they must stay still.Pictures are not permitted with the guards. You have to stand behind a certain line.

Museums – The most notably museums that have many of the greatest statues and artifacts are noted below. The Acropolis Museum is amazing. A life size outline of the Parthenon shows reliefs that are held at the Museum. It gives a great picture of what it looked like; so you can picture it better. The columns of the woman from the Porch of Caryatids.

The National Archeological Museum had one of the best Athena statutes and The Jockey of Artemision. the gold Mask of Agamemnon, and the bronze of Zeus (or Poseidon) were also highlights you cannot miss. Locals feel the bronze with outstretched arms is Zeus, ready to throw a thunderbolt or is this Poseidon that usually had a trident? This highlights just a few things to see in these museums in this city. It all depends on the amount of time you have in Athens.

The Acropolis museum is one of the most stunning museums situated at the base and archeological site of the Acropolis. This is the best place to learn all about the art created over 2400 years ago. It is the 11th best museum in the world and 8th best in Europe!

If you are looking for more Greece Travel content check out my article on what it is like to cruise the Aegean Sea with Celestyal Cruises.