A First Timer’s Guide To Toronto, Canada- The Best Things To Do and Where To Stay 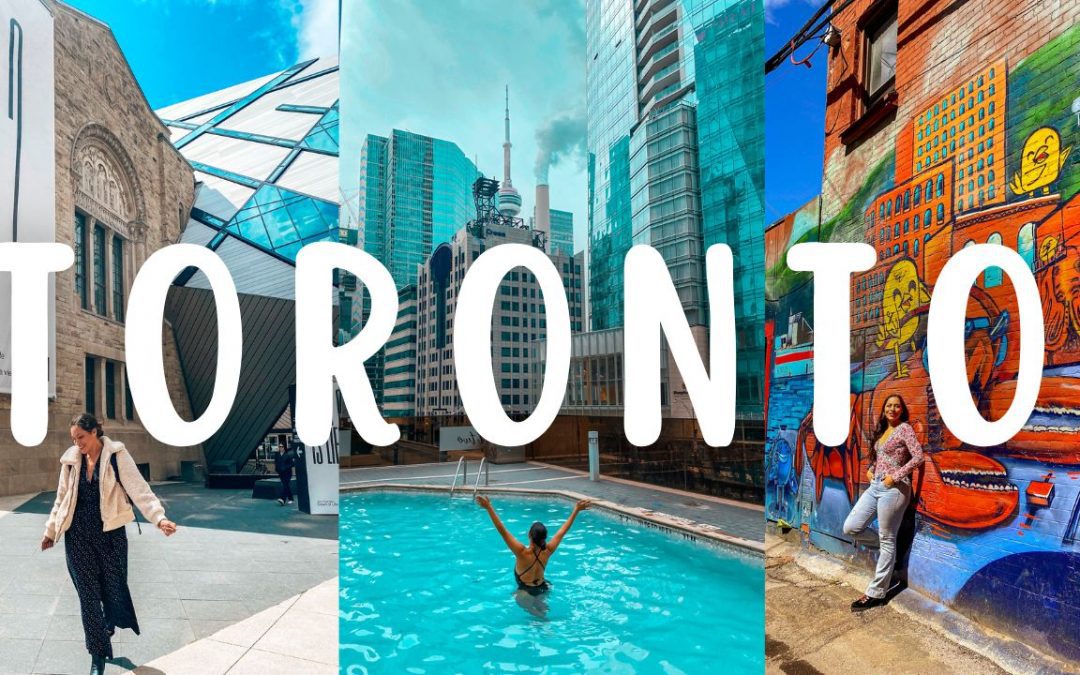 Toronto Canada is an amazing place to visit, with its great neighborhoods and diverse population from around the world. Besides that, there is a great food scene as we discussed in our other article on Kensington Market. This is Canada’s largest city with Kensington Market’s “Bohemian” styled neighborhood as well as its diverse people. Many visitors come to experience the diverse restaurants as well as the city’s cultural experiences, sports activities, museums, and art scenes. Below you will see some of the experiences we had while visiting the area for a week.

How to get around Toronto?

Transportation is really good in Toronto with the buses (GO Transit), Uber/Lyft, rent a car, or walk. Some of the areas are very easy to get around. For the first few days we stayed in one neighborhood (Kensington Market) to see that neighborhood and neighboring China Town and later we moved to the Hilton Toronto Downtown that was closer to the other experiences we had planned.

Our earlier Kensington Market travel guide talks about our days in Kensington Market and Chopsticks + Forks (@chopsticksandforks). Their Kensington Market International Food Tour is awesome and combines food samples from various restaurants and shops while giving you a good overview of the history of the neighborhood.great food tour we took (see the article on TravelsofSarahFay.com blog).

CityPASS and Other Activities

The first few days of our trip we stayed in Kensington Market then later moved Downtown to the Hilton Toronto. This location gave us access to so many of the other cultural activities and sports complexes and had great views of the skyline, etc.

CN Tower is now an icon and you can take an elevator ride to the observation deck that has floor to ceiling windows to see 360 views of the city. On this level you can also have snacks and drinks. In addition there is an upper pod that is substantially higher to see a higher view, but even the main observation level is awesome.

The restaurant was beautiful with awesome views.. We ate after the Edge Walk and were able to watch the sunset from high above the city of Toronto; breathtaking. This was the pinnacle of our trip. Notably the restaurant has the highest wine cellar in the world according to the Guinness Book of Records.

The day we went, we had time to take a free guided tour, and that alone is impressive. We spent about 2 hours at the museum and there is still so much more to see, I hope I get to return one day for more.

The building was designed by E J. Lennox designed many of the City’s landmarks, including Old City Hall.  Notably, you can climb to the top of the 7 story rooftop to get great views of the city. You may also recognize the building from movies such as X-Men.

As noted above the aquarium is located downtown next to CN Tower, thus it is easy to get there and is located near Union Station (public transportation).

While we didn’t get to explore them, you can also choose options like the Toronto Zoo or the Ontario Science Centre. But some highlights include

Check out the many Sports Teams in the City

Sports – Toronto Blue Jays, Raptors, Maple Leafs, etc., what can I say, there are so many professional teams playing in Toronto. The week we were there you had many Blue Jay fans out in full force and Raptors were actually walking down the street (LOL, fans dressed in Raptor costumes). It made a trilling walk downtown

Graffiti Alley – If you love art and vibrant colors, you will love strolling along Graffiti Alley. It is located in the Fashion District and runs for about 3 blocks of Rush Lane, behind the more trendy Queen Street West. A walk down the alley gives you a  great way to get some unique perspective of Toronto and its diverse artists.

Don’t forget to visit the colorful TORONTO sign Downtown for that Instagram pic! It is located across for the City Hall

Where To Eat In Toronto, Canada?

Besides some restaurants mentioned in our Kensington Market article and Food Tour, and the 360 Restaurant above,, we also ate meals at some other great restaurants. A few are noted below.

Other Tea and Coffee Options

The nice thing about Toronto is that it is the largest city in Canada, thus there are various modes of transportation to it, including flights. We flew from the USA from Florida and flew Swoop Airline to Toronto.

Notably, besides flying to Toronto, Swoop also flies to nearby Hamilton, Canada, that is located between Toronto and Niagara Falls, so it’s another smaller airport that gives you an opportunity to see both or all 3 locations. More will be written about that in another article, but I just wanted to point out that option since Hamlton is also a smaller airport and Hamilton is a cute area to visit.

Places to Stay in Toronto

Since this is the biggest city in the country, there are so many places you can stay in Toronto. This city also has good transportation and Uber to easily get around too. We stayed a few days in each hotel below, as well as Hamilton for day trips. This gives you an idea that there are all price ranges in this diverse city.

The Hilton Toronto is centrally located and it is close to many central attractions, but only a short ride to Kensington Market. This upscale hotel is 32 floors with both rooms and suites, with an Executive Lounge high up for great views, an indoor/outdoor heated pool with views of the CN Tower (awesome at night), a gym facility, and an on-site restaurant. We also loved riding up on the glass elevator for more awesome views.

Don’t forget if you stay at Hiltons to sign up for Hilton Honor reward program (www.hiltonhhonors.com)  so you can get points for future stays.

Samesun Toronto hostel is a great place to experience and explore the Kensington Market and Chinatown neighborhoods, especially if you are on a budget. This newly renovated hostel has both private and dorm-style rooms, a shared kitchen, and a living area. Wifi is available and the hostel is air-conditioned. We had a private room with a balcony. The shared restroom was down the hall.

The rooms are very good, Samesun recently purchased/renovated the building so it is very clean, bright, and welcoming with artwork on some walls and throughout the staircases. It was a great way to experience the area and a close walk to Chinatown, etc.

To wrap this up, Toronto Canada and the Heart of Ontario are such great areas to explore. Toronto is not only the largest city in Canada, but it is also one of the most diverse. Learn more cultures and their food options by touring this immense city. From the eclectic Kensington Market and Chinatown, to Downtown Sports and museums one can’t go wrong. One also has the cities like Hamilton and Burlington and the natural beauty of the gardens, waterfalls, that give you a unique glimpse into the people of the heart of Ontario and its great cities.

Fun Fact:There are so many great things about Toronto as noted above, but for you baseball fans, did you know that Babe Ruth, one of the greatest American sports heroes of all times, hit his first professional home run at Hanlan’s Point Stadium in Centre Island.

Check Out The Toronto Vlog